hi friends,
i would like some logo professionnel help me for a good looking logo for my company !

this s my logo i have made and i would like the new one be the same as this one, just to be some good looking with diffrent colours ! thank you 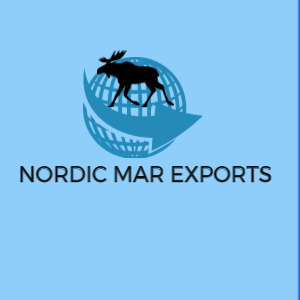 Why? Because, probably most professionals’ alarm bells were ringing. I know mine were…

When you start off by saying you want it to be the same as the one you did originally, we’ve all been through this scenario a thousand times.

This scenario, typically goes: Business owner ‘designs’ their own logo, regardless of whether it is effective or not. They are so emotionally attached to it that any hint at changing it is met with fierce resistance. You are left questioning whether said owner does, in fact, want the help of someone who is a professional at communicating intended messages to their intended audience or not. Job becomes more trouble than it’s worth. Often comes with an expected fee which is way below market norm, but governed by crowd-sourced website comparisons.

Now, of course, I can’t say whether you fall into this category, or not, but my spidey sense tingled enough for me to pass it by.

Well, it’s Sunday - and I’m gonna be watching football all day (soccer for the people in the US).

I can help you with your logo - but there will be a fee.

Get in touch and tell me your budget and see if we can work something out.

Pick me … My fees are higher.

Get in line! I need to feed my family this week - you fed yours last week!!!

Don’t you have a football game to watch? Get your priority right!

I can do both!

hhhhh calm down friends… who wants to help can help but for free …no money please ! cheers

Yeh not really good to ask a bunch of strangers who do this for a living to work for free.
You came here because you don’t have a skill that we do. So with all due respect, asking for free work is an insult.

who wants to help can help but for free

We all do this for a living. We don’t work for free. In addition, you’re breaking the forum rules by even asking for free work. Beyond that, as Smurf2 mentioned, it’s a bit insulting to think that you’d even ask.

Normally, as a moderator here, I’d just delete both your account and your posts. Since so many others have responded, I’ll leave it. Besides, it makes a good chance to provide some honest feedback without worrying about offending an actual paying client.

That being the case, your logo of a moose running around on a globe is terrible. Not only is it terrible, it’s just sort of a dopey idea. There’s really nothing salvageable here, even if you were paying for it. It looks like a clip art globe, a clip art arrow and a clip art moose silhouette that you just sort of stacked on top of each other. To put it bluntly, you’re asking for someone to take your pile of poop of an idea and use some sort of non-existent designer magic to turn it into something that looks and smells delicious.

Even if you were offering to pay, this is the kind of job I’d typically turn down — for all the reasons @Sprout mentioned. As professional designers, we don’t take other people’s terrible ideas and make futile attempts at fixing them. There’s an old expression about trying to turn a sow’s ear into a silk purse, and that’s largely what you’re requesting.

If you want to do this right, don’t come up with your own bad ideas and expect a designer to help you fix them — especially for free. Instead, find a good designer then, with a suitable budget (several days worth of wages), discuss your situation with the designer — for example, you’re an export company trying to expand into a specific market but lacking the right visual branding that you think might resonate with that market’s target audience. At that point, turn it over to the designer to come up something best suited to solve your specific problem. Don’t try to solve the design problem yourself then expect a designer to take your less-than-good idea and turn it into something it isn’t. Good design doesn’t come about that way.

who wants to help can help but for free

FFS! I need something exporting. Can you do it for absolutely no money please?

who wants to help can help but for free …no money please !

I better put out snacks for the line they will soon be forming.

tagging all the local Dentists

Why do people need to rob banks? All they need is ask.

well …about the poeple who s looking for money and they didnt wants to do anything for free …i can talk to you also with the same logic why you all here and why you didnt make your logo business website and sell your logo there ??? as i know this forum not for a business and it s free and for education …but if you looking for money go make your business web and sell your logos as you can …easy and simple !

…why you all here and why you didnt make your logo business website and sell your logo there ?

As already mentioned, most everyone who answered you is a professional designer or a design student. We earn our living from graphic design, and most of us do have our own professional business websites or are working for companies as designers and art directors.

You’ve asked us to make you a new logo for free — something that might take several days and that we might otherwise charge hundreds or thousands or dollars to do.

Would you go to a restaurant and ask for free food? Would you ask a taxi driver to give you a free ride? Would ask a dentist to fix your teeth at no charge? Yet you come here and ask us to build your logo for free?

I’m sorry that you misunderstood the purpose of this forum. It’s a professional forum for designers to talk about the business of design. If you had read the forum rules, you would also have found out that you’re not allowed to ask for free work.

Aren’t you being schooled here?

i would like some logo professionnel help me for a good looking logo for my company !

Is having a nice logo, that clearly represents what it is you do and connects with your customers important to you?

This actually works on two levels.