I think the frigid cold of Canada is working it’s way down.

It’s been very cold here, but our extended forecast is mid-30s to mid-40s for the next 10 days.

We’ve had Christmas and New Years and a couple of pretty snows, so I am ready for warmer temps and spring.

Just had a cold past few days, but looks like high 40s low 50s for the 10 day forecast. The past several days though it’s been wicked going from mid 60s, even a 72, then plummeting at night to mid 30s. Body shock most definitely.

wacky weather will always be with us
i drew this for a 1998 newspaper about the warmth wiscy was experiencing. 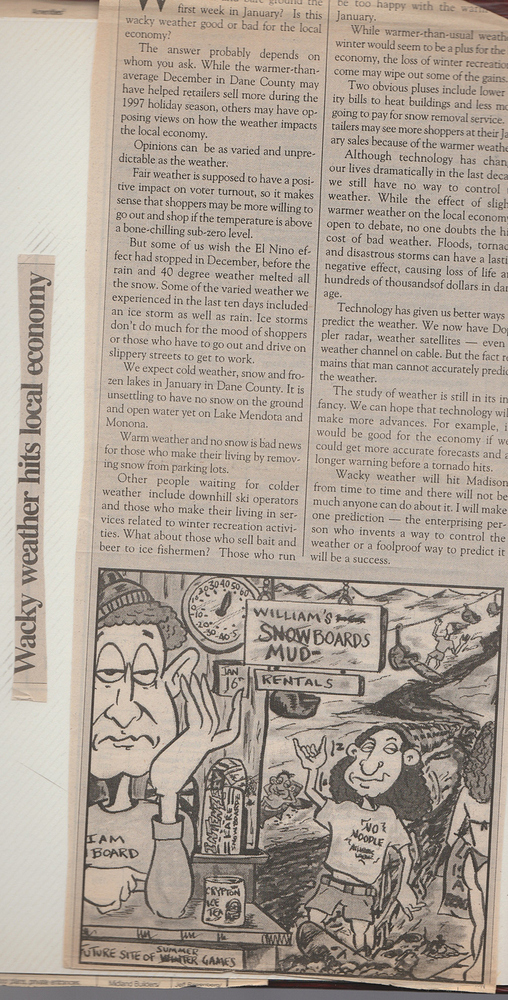 In Toronto, it’s slowly climbing towards freezing. Somewhat more dicey in the Maritimes.

Winters here in Salt Lake City are monotonous, dreary and, well, unhealthy. It’s not so much the cold (even though it gets quite cold) as it is the constant temperature inversions that trap stagnant air between the mountain ranges. The fog and pollution builds up into a thick gray, sun-blocking haze that lasts through January and most of February. An occasional cold front and snow storm comes through, which blows out the gunk, but it always builds back up within a day or two.

Head up the canyons to the ski resorts, and it’s bright and sunny. I think that’s why so many people here in Salt Lake ski and snowboard — it’s a chance to escape the smoggy air pollution. 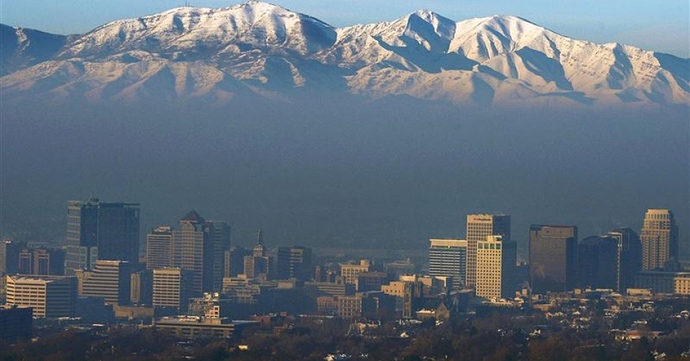 Im watching “big love” on hbo and that is the scenery they show every episode, looks nice!

…that is the scenery they show every episode, looks nice!

Spring, summer and fall, it’s a beautiful place for a city. Winter, not so much. 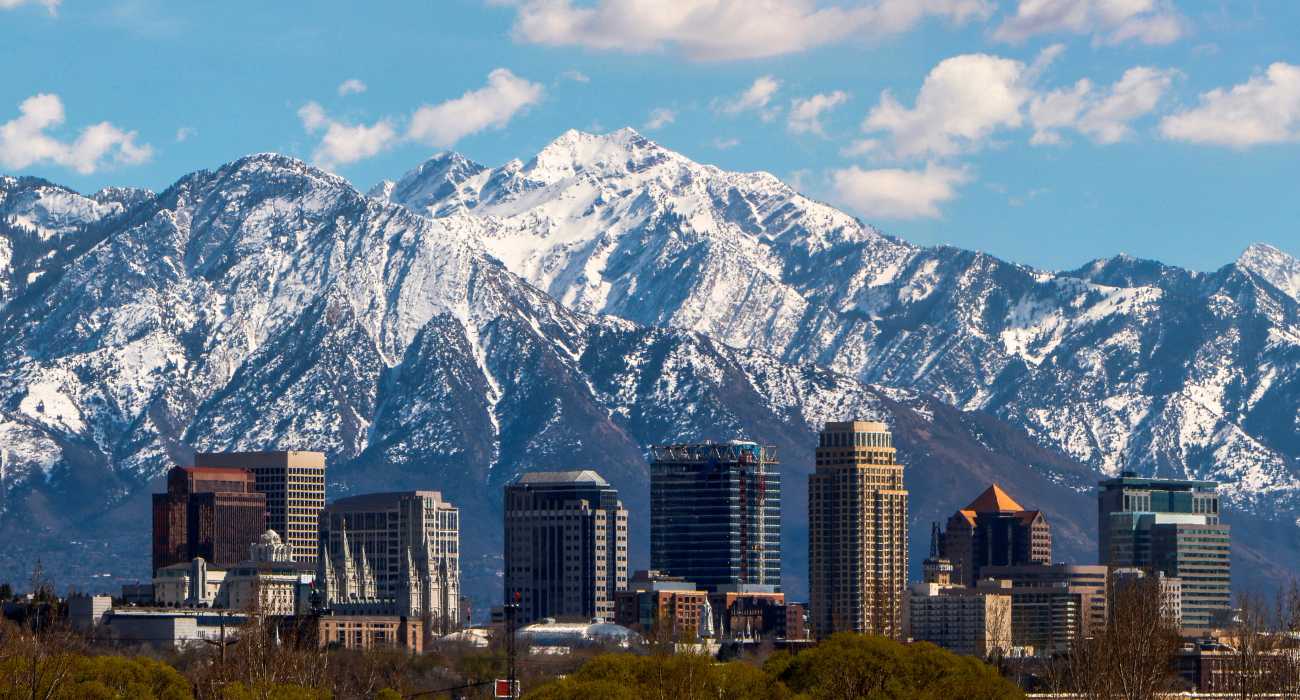 Somewhat more dicey in the Maritimes.

Looks like Newfoundland got buried. I’ve seen videos of them digging out from under mountains of snow.

The weather is the weather. Today it was 10°F and the sun was out, with no wind. I’ll take that over snow any day.
The days are getting longer. Because I have a major project due the first week in April, I’m hoping it makes the deep, dark February go fast.